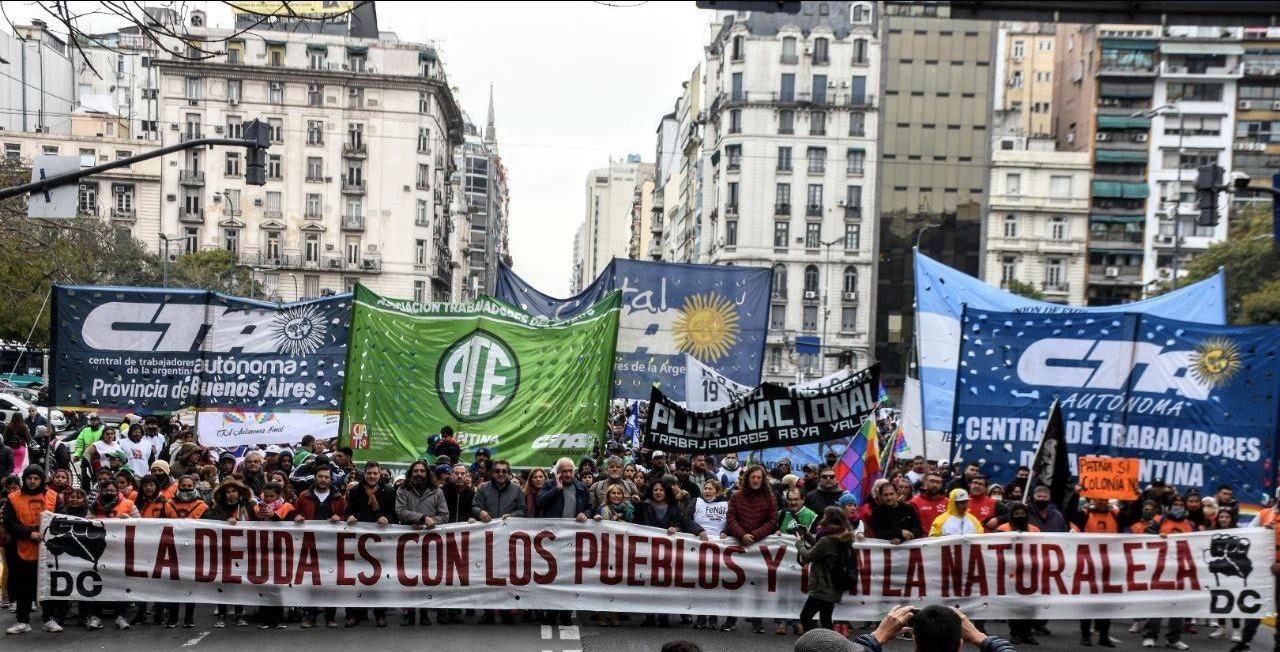 Debt for Climate (DFC) is a grassroots movement lead by the Global South that aims to merge climate and social activism to reach climate justice. DFC demands the unconditional cancellation of the Global South’s debt to richer nations as a measure to tackle climate change.

Esteban Servat, an Argentinian activist from DFC, explained that debt is a tool of modern colonialism. The Global South is paying for the development and enrichment of the Global North in two ways: through the repayment of the loans and their huge interests they owe the Global North and by suffering the consequences of climate change, for which richer nations are almost entirely responsible.

In some countries, the majority of the GDP is devoted to paying back debt, leading them to exploit their natural resources in order to repay these loans. DFC calls for the immediate cancellation of the debt of the Global South – a first step to repay the climate debt the Global North owes them. This would help to keep trillions of dollars of not-yet-exploited fossil fuels in the ground. “It is not enough for rich countries to reduce their own emissions, if they keep funding highly environmentally damaging projects in the Global South”.

So how to get them involved? DFC found that when you talk about debt cancellation to workers in the Global South, they really understand the issue and want to mobilise, joining the fight for climate justice. The result: in their first global action, held last June during the G7 summit, DFC managed to call to action not only climate activists, but most importantly the workers.

In the Global North, workers often feel ostracised by the climate movements and “antagonising the working class is the most dangerous thing that can happen in the context of the climate crisis”. Here, DFC offers an alternative as one of the only campaigns that are not attacking the workers of the Global North, as its demands do not have a direct impact on their lives. As such, promoting this campaign among the workers and asking for its endorsement, would be a way to get them involved.

Finally, Europe is not all the same. All around the continent we are starting to feel the effects of the climate crisis, especially in the “periphery of Europe”, countries like Spain, Greece, or Romania. These countries are in a lot of debt but also have natural resources to protect for the benefit of humankind. Thus, future campaigns calling for the debt cancellation of these countries in exchange for climate action, could get workers in the Global North actively involved in the climate fight.

In the current landscape of the climate activism, Debt For Climate, is “helping to educate and politicise the climate movement on colonialism and debt, while on the other hand politicising and mobilising the workers for climate justice”. It builds a bridge between these two realities, a connection that will prove key in the fight for a safe and sustainable future.