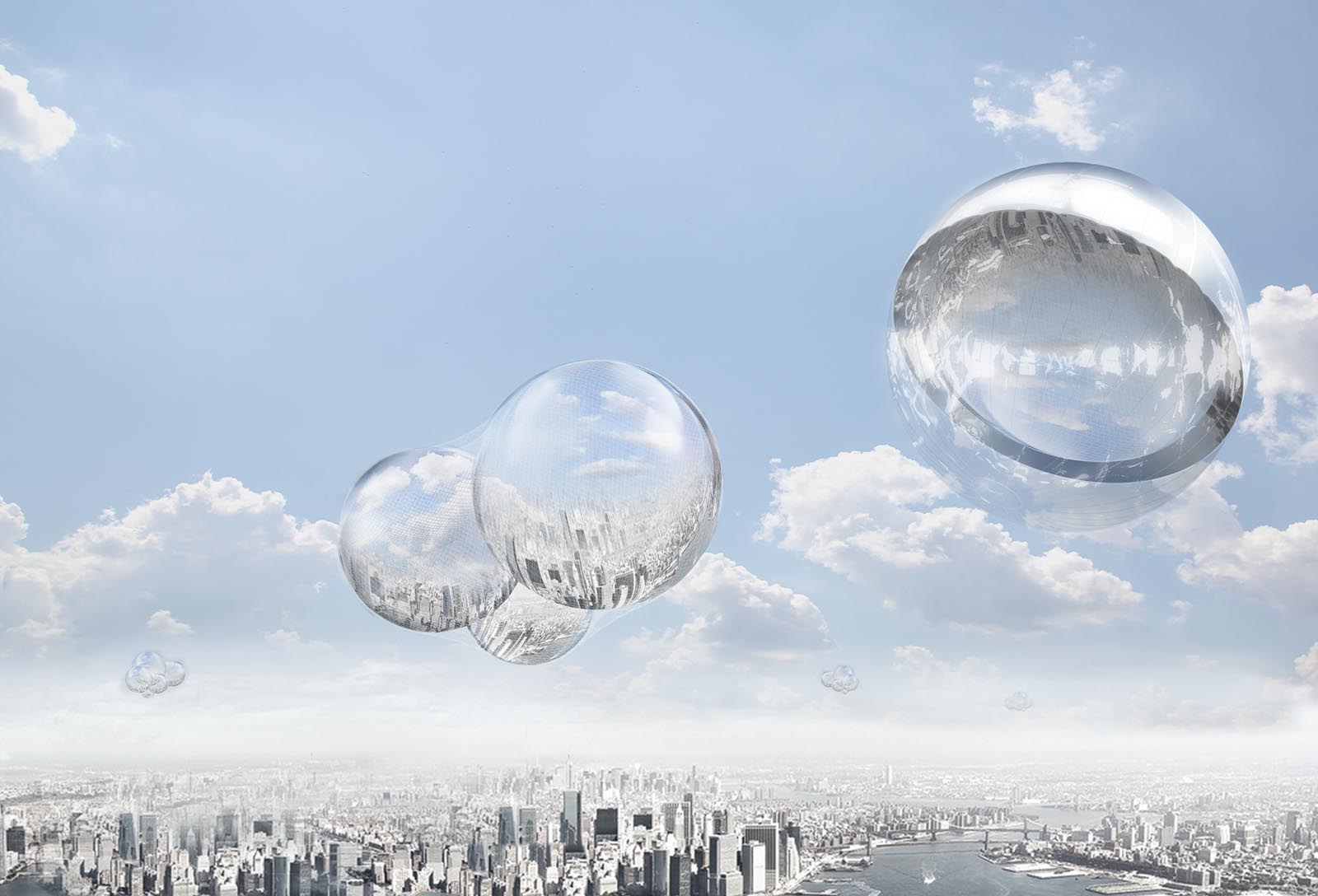 At this very moment, the time of a blink of your eye, a lot happens. Stars are arising and exploding, the universe is expanding, and the light is travelling along our growing galaxy. And yet we, human beings who are as small as lost ants in the immensity, have still a significant impact on the Earth.

Indeed, our influence is so considerable that it is nowadays common to refer to this geological epoch with the term “Anthropocene”. Land use, ecosystems, biodiversity, and species extinction are notably affected by humans.

The large amount of greenhouse emissions and our consumption habits lead to a scenario where people will need to re-adapt in altered ecosystems. In response to these predictions, Tomás Saraceno, an Argentinian (based in Berlin) artist, gave birth to a new concept of living the planet – free from borders, free from fossil fuels. How can humans “fly away” from the Anthropocene?

Tomás combines art, natural sciences, and social dimension through unprecedented creativity. His visionary and utopic project takes the form of an interdisciplinary community, «that seeks to devise new modes of sensitivity, reactivating a common imaginary towards an ethical collaboration with the environment and the atmosphere, free from carbon emissions». It is called “Aerocene” and it consists of a global network who promotes and enacts atmospheric sensing experiments:

«By collaboratively developing, testing and launching aerosolar sculptures, Aerocene seeks to open up the imagination towards an emergent cloudscape, un-tethering a new era of planetary attunement, restoring the thermodynamic balance of the Earth, free from borders, free from fossil fuels».

Basically, Aerocene Foundation organizes the launch of aerosol sculptures capable of hovering in the air thanks to the heat of the Sun and the infrared radiation of the Earth surface. Just the energy of the planet – no engines, no batteries, no fuel and, clearly, no exploitation of resources. The sculptures have been designed in many different ways: there are those that can be flown like kites, others that can travel freely following the movements of the winds, and also those that can lift a person to a high of more that 200 m, carried it for almost 2 km.

It is a visionary project which imagines a system where people can live and travel free of borders in the air, without causing any damage to the Earth. The Foundation works hand-in-hand with experts, scientists, and environmental activists.

Already in 2012, Tomás relied on researchers at the MIT Center for Art, Science & Technology (CAST) to discover if it is possible to make a flight around the planet using the Sun as the only energy resource. From this collaboration, an app was born – it is an instrument that allows the user to simulate the virtual flight paths of aerosol sculptures without CO2 emissions, and it shows the capillarity of the community all over the world, allowing to see the different types of aerosol sculptures, where they have flown so far.

The Foundation communicates its visionary, artistic, and scenic commitment to environmental awareness though technology and guidelines, giving the opportunity to join a community of people where you can take part of a new world, developing research and applications that foster a new ecology of practices driven by a Do-it-Together spirit. How do we challenge geopolitical borders in an age of climate inequality? This is a starting point of the Aerocene’s Manifesto.

The communication strategy is unique. By creating a different system of thinking, escaping from the Anthropocene, the art of Saraceno has been creating over the years a strong network that demonstrates the power of science and creativity. It shows a diverse impact that human beings can have on the planet: we might not have solutions to cope with climate change, but we can fly away from a system that we damaged. Metaphorically or not, it is a performance with a strong eco-message.