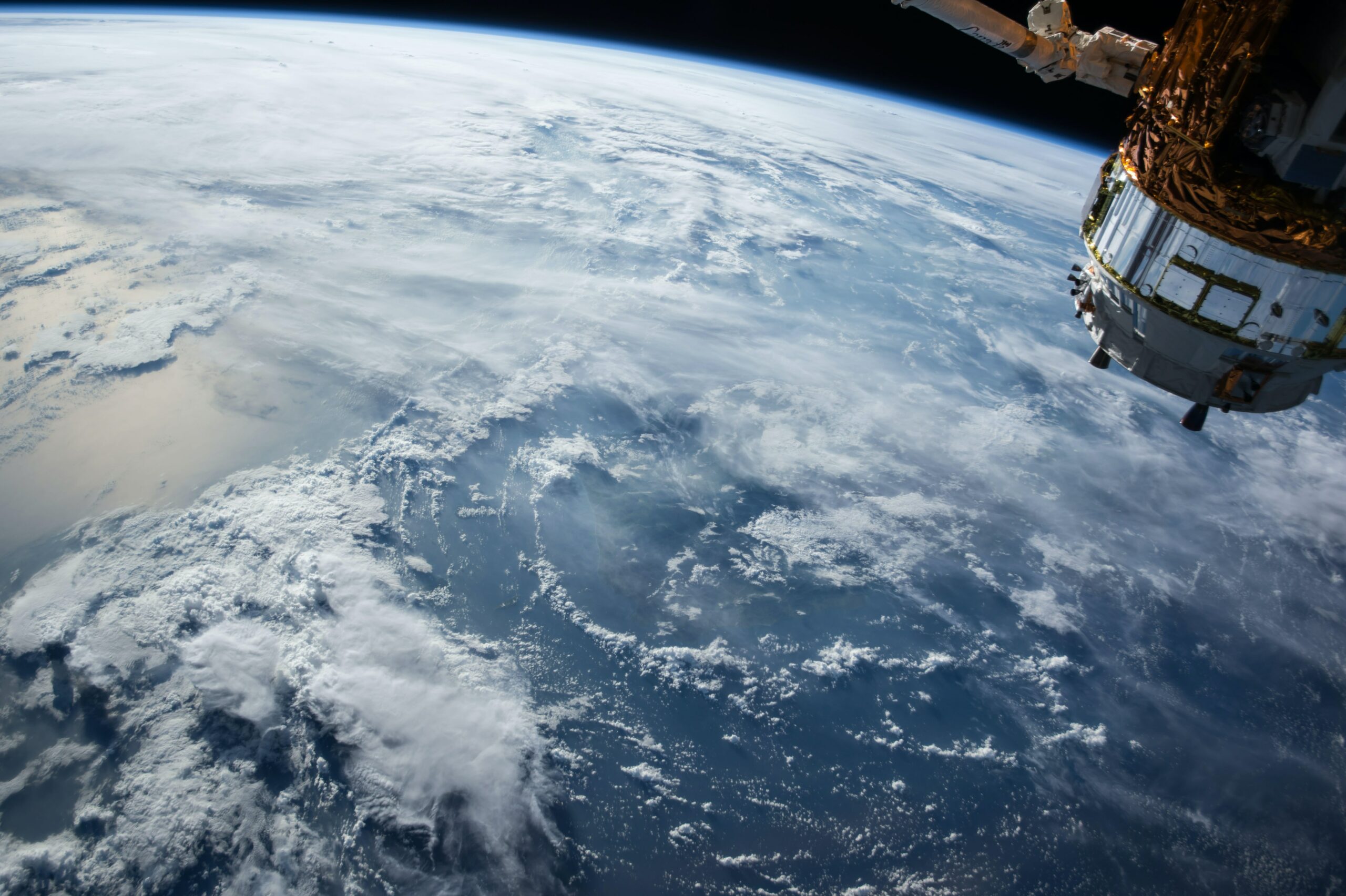 There might be concerns about the rise of rocket launches and the growing number of touristic space trips of the private sector, in relationship with carbon emissions and fuel consumption. It Is estimated that NASA rockets consume around 1 million gallons of fuel every year[1] which is equivalent to 3785 cubic meters generating between 50 and 75 tons of CO2 per passenger compared to the 1 or 3 tons of CO2 emissions of a typical airplane.

Knowing that limiting the climate change requires reducing the overall global emissions, then the future of space exploration may be limited. We might also mention that renewable energies are still not developed to provide enough energy for a space engine to leave the ground. Nevertheless, space agencies have allowed experiments to be run in the special conditions of microgravity and which outcomes help improve our understanding of Earth.

In 2018, an Atmosphere-Space Interactions Monitor (ASIM)[2] has been used for the first time aboard the International Space Station (ISS) in order to detect X- and gamma-ray involved in electrical discharges that appear in storms and characterize thunderstorms in the upper atmosphere.  This will allow astronauts not only to better study thunderstorms but also to predict their intensity, thus make people on Earth more prepared to protect themselves and their goods from it. As temperatures continue to rise, thunderstorms are more violent and frequent, knowing their properties is one of the steps towards resisting to the damages of climate change.

Added to that, more than 160 satellites have been sent to space to measure atmospheric indicators that would help track the climate change impact in almost real time and capture its evolution over the years, as the World Economic Forum published in its report in September 2020. On the 21st of September 2022, the United States (US) presidency administration announced additional funding and inauguration of the development of the Earth System Observatory[3], in view of helping to better observe the climate change on Earth along with the commitment of the United States to help protect the planet during COP26.

However, space exploration beyond Earth can also help on here, because looking at the past on other planets can predict the future of Earth. Venus for instance has almost 95% of Earth’s diameter and 80% of its mass but is closer to the sun, thus has a hostile atmosphere on which no traces of life have been found to this date. Studying it may give a small preview of what terrestrial atmosphere may face if surface temperatures keep on rising at the current rate. But that is still in research.

Another aspect worth to mention is the collaboration between nations fostering teamwork and solidarity, that led the United Nations (UN) to consider Space Exploration as an asset to support the Sustainable Development Goals (SDGs) and the agenda 2030.

Even though, the technologies and services offered by space exploration may not legitimate its carbon footprint, it is a field that we can try to take more advantage of.

[1] How Much Fuel Does A Nasa Rocket Use? – EclipseAviation.com