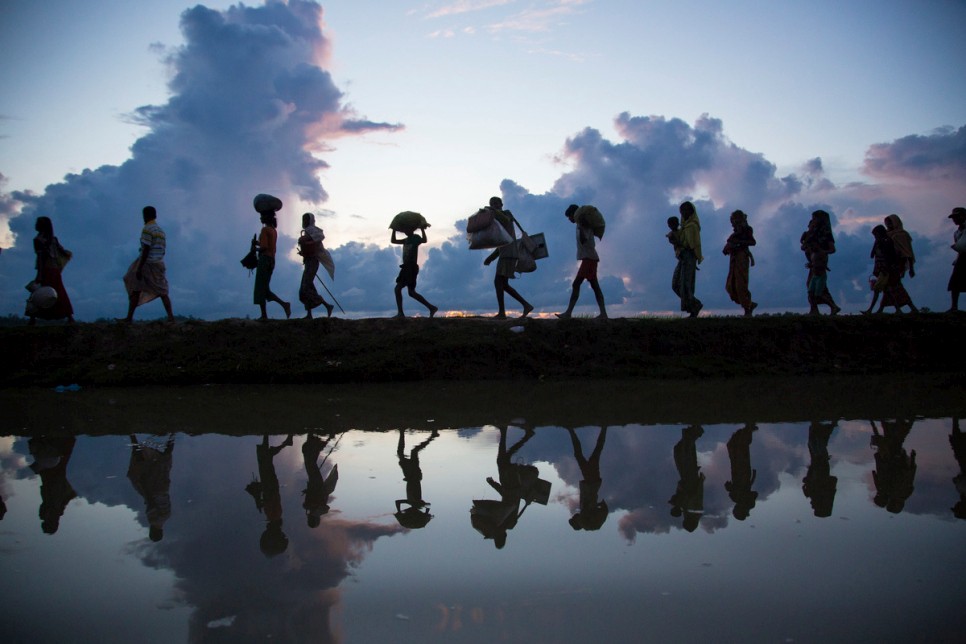 Leaving or suffocating, that is the hard question

Both climate change and migration are the most alarming challenges of our current and next generations since the beginning of the XXth century. Although their evolutions and dynamics are different, in the sense that the impact of migration flows is more visible and quicker, the climate emergency has also become in last few years more drastic with catastrophes threatening populations in most places of the world. But what could there be a link to these two phenomena? Can we as citizen do something about them?

During the UN General Assembly in December 2018, the Global Compact on Refugees affirmed that “climate, environmental degradation and disasters increasingly interact with the drivers of refugee movements”. The term “climate refugee” is not judiciary defined in the Geneva Convention, since there is no direct persecution in the countries of origin of people who are affected by climate disasters. However, the issue is a major concern of our Century and International Organizations are paying careful attention to protect populations from massive displacements.

Because the parts of the biosystem are all linked, the impacts of climate change proliferate fast and lead to disastrous living conditions overall; prolonged droughts, floods, cyclones, extreme weather conditions, deforestation, and desertification hazard the lives of species and make it harder for livestock and crops to overcome this situation. Thus, the sector of agriculture suffers from shortages of production or wasted resources and in consequence, the economic systems of the countries based on it, become unstable.

To this point, the UN Refugee Agency has reported approximately 20 million people globally who were compelled to cross borders in neighbor countries to escape famine, water scarcity, and find security. In Bangladesh for instance, the Intergovernmental Panel on Climate Change (IPCC) registered 4.1 million people (2.5% of the population) displaced in urban centers because of climate-induced catastrophes and the numbers are predicted to increase to 19.9 million people by 2050 if no measure is taken.

This shows how the climate crisis is becoming a humanitarian crisis and it is necessary to acknowledge that the consequences are spreading farther and impacting every country whether directly or indirectly. Our role is to start making small changes in our habits and to spread awareness in our surroundings so that we can convince policy makers and citizens everywhere to be more committed to saving the Planet. It is also worth to remind that once people are obliged to leave their homes, then we can volunteer or offer help to make their new reality a less hard one.